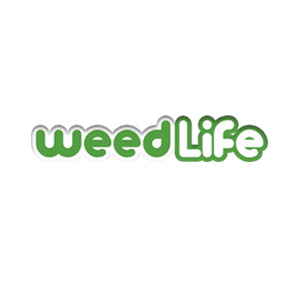 It was a landmark year for cannabis in the U.S., highlighted by Colorado and Washington becoming the first two states to legalize recreational marijuana use for adults.

And now, as 2015 begins the next chapter in America’s long marijuana history, the rapidly-growing cannabis industry has an unprecedented communications platform – an online network that will assist those businesses and consumers helping to move cannabis away from its outlaw past.

The WeedLife Social Network Marketplace, currently made up of four free-to-use websites, officially launches on New Year’s Day, and has the ability to further transform legal marijuana’s place in American life.

“We’ve spent the past two years developing our platform so the cannabis industry and its consumers can better connect,” says network co-founder Shawn Tapp,“Our goal is for the industry to use the tools we’ve designed specifically for them,” he adds, “with the expectation they’ll bridge the communication gap between those new businesses entering the sector, and the existing marketing and customer services.”

WeedLife’s network of web site apps creates an online social marketplace of ideas, products and connections. The network is also slated to expand during the first quarter of 2015, with an additional 25 sites and mobile apps.
Tapp says the need for the WeedLife Social Network is already evident, as America’s legal cannabis industry outgrows its infancy. And he points out that currently in the United States, there are already about 4,500 legal marijuana dispensaries, and counting.

“And we have calculated that there are ten or more ancillary companies for each one of those dispensaries, and that number continues to rise,” Tapp notes. “So, according to the current estimate, there are over 50,000 businesses that have started to support this industry; businesses that will need one or more of our free-to-use, online social tools.”

The four original web sites found in the WeedLife Social Network marketplace include:
– WeedLife – The network’s flagship site helps cannabis consumers communicate, network and brainstorm with other consumers.
– WeedCircles – A business-to-business social networking marketplace.
– Weedealio – Designed for dispensaries, this platform allows businesses to share information and ideas, as well as highlight discounts, specials and other opportunities for both cannabis-related companies and their customers.
– WeedWorthy – An all-things-marijuana digital news site that combines original reporting with information from around the world; dealing with the wide spectrum of issues involving cannabis, including medical news, politics, culture, law & crime, technology, fashion and entertainment.

It will, he says, allow cannabis consumers and businesses to communicate and learn more about each other in a more rapid timeframe – helping them to better target their products, services and customer needs as the cannabis sector’s consumer demographic changes, evolves and matures.

“We’re enjoying a brand-new industry,” he says, “and while there’s a lot of financial opportunity that continues to get recognition, there’s truly an enormous amount of long-term opportunities being overlooked.”