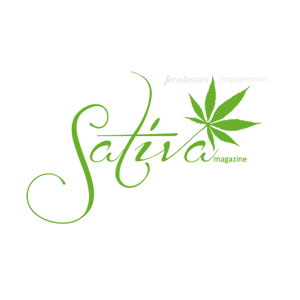 Vanguard Click, the publisher of Sativa Magazine and its upcoming sister magazine, Indica, announces the first round of its new crowdfunding effort to bring both of its magazines into print format. Sativa magazine, now in its second year, is currently in available in its digital format at www.sativamagazine.com.

In a two-part funding effort, Vanguard will run its first campaign on Indiegogo beginning in October of 2014. This effort will be focused exclusively on raising funds to create an informative and inviting video that illustrates the success and importance of its current magazine, Sativa, and the upcoming sister magazine, Indica, in print editions as part of the company’s continued growth trajectory. The completion and distribution of the video will then be used in a second funding campaign to raise capital to be used in the creation and distribution of its magazines in print format, reaching a broader audience and one not currently served through its digital-only distribution.

Founded by Michael Carter in 2012, Vanguard has recently made executive changes to its core team and has announced the appointment of Karen E. Szabo as editor-in-chief. This appointment allows Carter to focus full time at the post of Publisher and work more closely with his team to broaden the reach and readership of Vanguard and its media products.

“With many years in media, marketing and advertising and a deep understanding of the industry which had its legal birth in my home state, I am excited about taking this growing revolution and our publications to print,” Michael Carter shares. “But most importantly, I look forward to continue our mission to educate consumers and business owners on the rapidly changing landscape of the legalization and business opportunities of Cannabis as it is realized as a rapidly accepted alternative to alcohol and tobacco.”

Vanguard Click was founded in 2012 by Michael Carter with the intention of providing timely and thorough information on the progress and changes in the world of the legalization and use of cannabis to both consumers and business owners in the industry. The company has thus far seen great success with its digital publication of Sativa and plans to continue its growth through the development if its sister publication, Indica, and its creation of both publications in print format in 2015.

Vanguard Click was founded in 2012 by Michael Carter with the intention of providing timely and thorough information on the progress and changes in the world of the legalization and use of cannabis to both consumers and business owners in the industry.