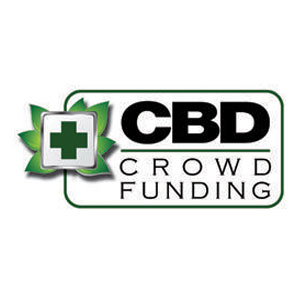 CBDcrowdfunding.com allows CBD and medical marijuana patients to create their own fundraising campaign in order to reach out to their friends, family, social networks, (and even benevolent like-minded strangers) through crowd funding campaigns they can create to ask for charitable financial donations to help them afford the medicinal help they need in the form of CBD or MMJ medicine(s), doctor visits, travel arrangements, lodging or anything else their individual needs dictate.

Steven Bloome, Founder and President of CBDcrowdfunding.com, stated, “Patients with severe, limiting and often life-threatening conditions such as child epilepsy, multiple sclerosis, muscular dystrophy, PTSD, spinal cord injuries, cancers and other debilitating afflictions are the same patients who need these medicines the most when traditional medicines aren’t providing any relief. Ironically, these are also typically the same patients who can least afford the treatments and medicine(s) they so desperately need. That just didn’t seem right.”

Families across the country, especially those with epileptic children, are finding that the family unit must often break apart as one parent, often having to quit their job, takes their sick child to a State that legally offers effective CBD oil/tincture treatments, while the other parent stays home to work to keep at least some income coming in for the household while still taking care of their other children. Their burden can be overwhelming.

Often, a parent and their sick child may even need to stay out of state and away from home for extended periods of time to legally obtain the help they so desperately need, which only adds to their ongoing financial strains. Regrettably, stories like these from all across the country are becoming much too commonplace.

Funds raised through CBDcrowdfunding.com can be used for anything the patients need, such as travel, lodging, food, State medical marijuana cards, their medicine(s), etc.

“What started as a simple idea to help families of epileptic children afford to travel to a state where they could get the CBD treatments such as CBD oil or tinctures to help control their child’s constant seizures, seemed to expand very quickly”, said Bloome.

Bloome continued, “As we began developing our dedicated crowd funding platform, we realized the same obstacles and financial challenges held true for many other long-suffering people with incapacitating diseases that CBD and MMJ medicines are known to give relief for when traditional medicines don’t. In many patients with MS, muscular dystrophy, PTSD and even some cancers for example, we found that the sheer amount of traditional pharmaceutical medicines those patients were prescribed were causing terrible, even potentially life-threatening adverse side effects that actually made them feel worse, as well as costing them a small fortune. We began to realize that the financial strain of being able to obtain medicinal cannabis or CBD oil/tinctures was a much more widespread problem we initially thought, irrespective of from which serious affliction or disease the patient was suffering.”

Bloome thought for a moment and vehemently declared, “Too many prescriptions. Too many side effects. Little, if any, relief. Our children, our military veterans coming home, our nation’s citizens both young and old are suffering needlessly in a day and age when relief is finally available – if only they could afford it. Something had to be done about it!”

While this innovative new program that allows patients to start their own crowd funding fundraising campaigns to raise the money they need to get their medical help, CBDcrowdfunding.com strongly encourages patients to know the laws of the State they are planning on moving to or visiting, to avoid prosecution, the hassles and additional expenses of an arrest. Patients should be aware that besides medical marijuana still being illegal on a federal level, each State’s medical marijuana laws also differ.

Although CBDcrowdfunding.com is currently only available throughout the USA right now, tests are currently being performed in an effort to offer this service throughout Canada as well.,

CBD Crowd Funding is a nationwide division of the Illinois Medical Marijuana Network. Its parent company, Sunset Lifestyle Affiliates has been an Illinois licensed business in good standing since 2007.