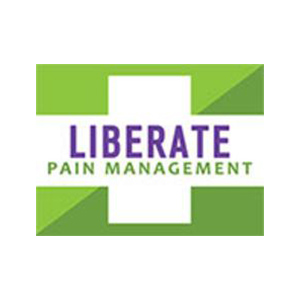 “The single commonality among all states with medical cannabis programs is the requirement of a physician certification allowing a patient to use medical marijuana,” says Daniel J. Reid, chief executive officer of Liberate. “Understandably, states want to ensure patients are under a doctor’s care, but the reality is that patients often are forced into the shadows to find a doctor willing to provide the required certification,” he says.
“Liberate’s licensure program gives physicians and entrepreneurs the ability to help patients have access to medical marijuana therapy, and does so by mainstreaming this treatment option for the millions of people suffering from serious illness and debilitating medical conditions,” he says.

Reid is a leading patient advocate and business owner in the medical marijuana industry. He co-founded the first medical cannabis business in Illinois, established a national patient advocacy organization, and opened physician centers in Michigan and Illinois leading into the national expansion of Liberate.
“The medical marijuana industry is a three-legged stool,” Reid says. “Physician certification is the primary leg, since this is required in every state with a medical marijuana program. Producers of medical marijuana are another leg, and dispensaries are the third leg. The system mirrors traditional medicine with physician certification for medical marijuana the equivalent of a prescription, producers and cultivators acting as pharmaceutical companies, and dispensaries serving as pharmacies. There are nuances from state to state, but conceptually this is how state programs work.”
Liberate licensees will operate under the brand Liberate Physician Centers.

“We’ve been testing, holding focus groups and refining the licensure concept over the past six months with physicians and business people that might have a logical interest in owning and operating a Liberate Center,” Reid said in making the announcement. “In fact, we already have received commitments for licensures in three states and are in active discussions in three other states based on our outreach to test and refine the licensure concept,” he said.
“We have worked with thousands of patients afflicted with medical conditions approved under state law as qualified for medical marijuana therapy, and have certified patients for the use of medical cannabis,” Reid says.

Essentially, Liberate’s licensures provide independent owner/operators a full range of services and training in how to operate a medical marijuana physician center under the Liberate Physician Centers brand. Among licensed services are ongoing training, regulatory guidance, business and back-room operations, marketing support and training, medical review, provision of required patient forms and other necessary documentation, and a full suite of services designed to promote the success of each licensed location.

“Liberate offers expertise to physicians and entrepreneurs,” Reid says. “Our licensure program provides a gateway for people wanting to own a business in the medical marijuana industry. Our knowledge, experience and processes give much needed protection to physicians that might otherwise feel reticent about certifying patients because of restrictions – both real and perceived – imposed by hospitals, peers and others.”
All Liberate facilities will operate under Liberate’s ‘Standard of Care’ that details how patients will be treated and certified. Liberate’s Standard is the nation’s first relative to medical marijuana, and addresses the emergence of so-called ‘pot docs’ in some states, whereby minimal medical review standards are often ignored.

“It’s time to bring the medical marijuana certification process into the open, and give people with debilitating medical conditions and approved chronic illness a reliable, professional place to turn,” Reid says.

“The barriers to entry into the medical cannabis industry have been prohibitive and expensive,” Reid says. “Our licensure program allows people wanting to become business owners ease-of-access to entry at a price that is affordable. Our goal is to expand patient access to medical marijuana therapy, and do so in a manner that conforms to the same medical standards that exist in the practice of traditional medicine.”
Licenses to operate a Liberate Physician Center are being offered in all states that currently allow for medical marijuana, as well as states that are expected to approve medical marijuana in the next two years.

“The traditional medical community has been resistant to embracing medical cannabis for many reasons, mostly because of legalities and fears that don’t put patients at the forefront,” Reid says.

Gendelman is a board certified anesthesiologist and serves as Liberate’s Chief Medical Officer. Colvin is Chief Executive Officer at Acustream, a Colorado-based company that works with hospitals and physician groups in optimizing revenue streams through technology applications. Previously, he was co-president of the IT consulting firm Rapidgm, acquired by Fujitsu in 2006.

Dr. Mayur Shah is Chief Executive Officer of MK Education, a Chicago-based firm that trains and certifies medical staff and technicians. He also owns and operates Broadway Avenue Pharmacies in Chicago and has two decades of experience in business management, pharmacy, healthcare, healthcare education, emergency care, hospital pharmacy and pharmaceutical sciences. Recently, he was among the recipients of a medical marijuana dispensary license issued by the State of Illinois after a highly-competitive application and review process.

Judd is based in Dallas and was the architect of the national expansion of Fox & Hound, a bar and grill company with over 90 locations. Turgeon is based in San Francisco and is a leading business owner and consultant in technology businesses over the past 30 years. Sheerin purchased and consolidated hotels, then converted them into a single national brand. He is based in Colorado.

“Anyone interested in owning a medical marijuana business should get in touch with our company,” Reid says.