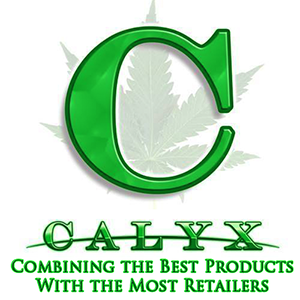 OAKLAND and SAN DIEGO / MJBizwire / March 9, 2016 / The parent company of The Cannabis Rep Network (CRN), a sales organization for companies in legal cannabis, and California Holistic Transfer, an independent wholesale distributor of legal cannabis products, today announced that they have merged.

The merged company will be uniquely positioned to offer independent wholesale distribution, transportation, marketing and sales promotion to producers, cultivators and manufacturers of legal cannabis throughout California and Colorado.

“The combination of our two companies creates a powerful set of capabilities,” said Chris Boudreau, founder and CEO of California Holistic Transfer. “Our objective is to empower manufacturers and growers to focus on research, innovation, product development and patient feedback, without the distraction and cost of having to build their own sales organization to achieve retail distribution.”

California Holistic Transfer—Background
Based in San Diego, California, California Holistic Transfer (CHT) was founded in early 2015 with the mission of building a premier statewide distribution and transportation business. The founding team of CHT has previous experience in both the dispensary and retail delivery channels as the owners/managers of San Diego-based Kindest Meds as well as leading delivery services California’s Kindest, Kind Patient Services, and Central Valley Holistics.

“We recognized the need for a distributor that could provide top quality products across many categories for dispensary buyers,” said CHT CEO Mr. Boudreau. “We’ve grown by focusing on the needs of retailers and producers.”

Cannabis Rep Network–Background
Launched in March, 2015, the Cannabis Rep Network provides “Sales Tours” that present non-competitive products from different categories such as extracts, edibles or topicals to qualified buyers at up to 100 dispensaries or delivery services in a specified region.

During 2015, the company expanded its sales tours to six California markets (LA, San Francisco, San Diego, Inland Empire, Orange County and Sacramento). In December, CRN expanded to Colorado with its first successful sales tours of Denver/Boulder and the Western Mountains. Also in December the company completed a $500,000 series seed funding round, led by TL Partners and Anslinger Capital, with additional investment from ArcView Investor Network members.

“In less than a year we’ve helped more than 70 brands get their products onto dispensary shelves for a fraction of the cost and time of building a sales team,” said Dakota Sullivan, co-founder and CEO of the Cannabis Rep Network. “We’ve met with over 1,000 retail buyers, forged lasting relationships and begun to assemble an impressive amount of data on activity inside dispensaries. We’re excited to combine our capabilities with those of CHT for the benefit of producers and retailers alike.”

Wholesale Distribution—the Emerging Behemoth
The California Medical Marijuana Regulation and Safety Act of 2015 (MMRSA) includes for the first time a legal distinction for wholesale distribution of medical marijuana by independent third parties. Licensed wholesale distributors promise to improve the safety, variety and quality of legal cannabis products while lowering prices for patients by making it much more efficient for producers and retailers to get products onto store shelves.

“With legal cannabis sales projected to jump from $5.4 billion in 2015 to $11 billion by 2019, our industry needs highly scalable distribution platforms like those in comparable industries to efficiently meet wholesale, retail and consumer demands” said Christopher Male, Managing Director of Anslinger Capital and a board member of The Cannabis Rep Network’s parent company. “In virtually every other industry this size, the leading independent distributors are themselves billion dollar businesses. This exciting merger brings our teams’ many complementary skill sets together under one roof – from sales, marketing and inventory management to warehousing, security and transportation – and positions us as the industry’s leading distribution platform.”