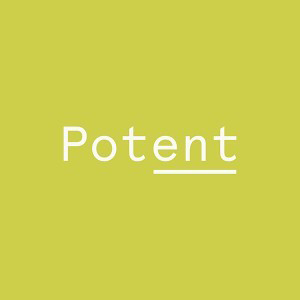 Potent is a platform exploring the marijuana lifestyle and cannabis culture in an educated and informative fashion. The launch of Jerrick Media’s fourth vertical on its CMP Vocal, Potent has premiered Baked: Cooking with Mary Jean as its first digital series. Baked, which was produced in Canada by LadyPants Productions, features Vancouver personality, pin-up model, and cannabis expert, Mary Jean Dunsdon, in a cooking show with one special ingredient: cannabis. This is the first digital series released through the Jerrick Media and LadyPants Productions collaboration. Baked is exclusively sponsored by Phant Extracts, a Vancouver based company specializing in premium extracts.

Jerrick Media also released Baked: A Marijuana Cookbook in conjunction with the release of the digital series on Potent. The cookbook is the third in Jerrick Media’s canon of publishing, following The Mind’s Eye: The Art of OMNI and No One’s Pet: The Autobiography of Sheila Kennedy.

Commenting on the launch of Potent, Jerrick Media CEO Jeremy Frommer said, The launch of Potent, coupled with the premier of Baked, is another significant step forward for us in demonstrating the power of our platform and the value of our growing portfolio of digital media properties.  The Baked project has already paid for itself through presold advertising and sponsorship, placing us in a solid position with unlimited future upside from the start.  We look forward to building the Potent vertical as we continue to create a unique C2C platform with our thought provoking digital content.”

On Baked’s release, Mary Zilba and Fiona Forbes of LadyPants Productions said, “We’re very excited to be part of the pioneering few bringing cannabis related programming to mainstream media. Baked is a unique cooking show that is not only informative and educational, but highly entertaining. We believe that the growth of the cannabis industry will continue to explode. Providing responsible programming for cannabis users is vitally important.” Baked: Cooking with Mary Jean is the first of three digital web series developed, financed, and distributed by Jerrick Media to premier on Potent with collaborator LadyPants Productions. The next series includes Marijuana Minute, featuring Vancouver broadcaster Michael Eckford.

“On behalf of our Phant family, we are so excited to be partnering with Jerrick Media and LadyPants on their newest endeavor. The Baked series is sophisticated, fun, informative, and a touch of sexy. As a leader in the cannabis lifestyle space, Phant strives to partner with organizations who share our same passion for innovation, quality, and edginess. We are excited to see what Baked can bring to the cannabis industry,” said Natasha Raey, Director of Phant Extracts.

LadyPants Productions is comprised of the dynamic duo Fiona Forbes and Mary Zilba. Forbes is an award winning TV host and producer with almost 20 years of TV producing and hosting experience, having interviewed over 30,000 people during the course of her career hosting her hit talk show in Vancouver, Canada. Zilba’s experience in the TV biz spans over 25 years.  A multi-faceted writer, producer and on-air talent, Mary’s work extends from an ABC affiliate in Ohio to executive producer/writer/host of a popular entertainment series in Florida to Los Angeles as a series writer/producer. Most recently Mary is known as a star in one of Bravo’s most successful franchise reality series. She now spends much of her time between LadyPants offices in LA and Vancouver creating content. With the combined experience and chemistry of Fiona and Mary, LadyPants Productions is an unstoppable, multifaceted, content producing TV powerhouse.

Phant was created by a group of Vancouver-based businessmen, dreamers, partygoers, and beach babes with one goal in mind: to bring products to the market that were of the highest quality. Phant is symbolic of a life that never stops. It’s not enough for you to just exist in this world: you have to live big. Bigger than the rest. The success behind Phant lies in the family of superstars that work together to constantly innovate to bring only the best extracts, fashion, and sparkle to the world. For more information, visit the Phant website.

Jerrick Media Holdings Inc.,(OTCQB: JMDA) is a digital media company focused on the development and marketing of branded digital content and e-commerce properties, producing and distributing premium digital media across multiple platforms for multiple targeted demographics. Its portfolio of brands rests upon a single creative business vision delivered through its proprietary technology platform Vocal. All verticals are overseen by the same team and ideology, focusing primarily on revenue conversion as the premise behind all published material. Vintage styles are contemporized for a new audience, but follow proven guidelines of management; all content is meant to challenge, inspire and enlighten.