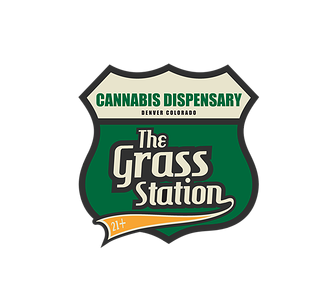 One of Colorado’s largest recreational marijuana dispensaries is getting into the holiday spirit by giving its customers major discounts on a wide variety of products, as part of its blow-out, Thanksgiving holiday event.

The Denver-based Grass Station will offer significantly reduced prices starting on Thanksgiving Day — Thursday, November 27 — as well as through Black Friday and into the following weekend. Along with clothing and other merchandise, the store is also featuring sales on its critically-acclaimed cannabis strains.

And as an additional part of the celebration, The Grass Station will honor coupons from its fellow Colorado dispensaries. That promotion starts on Thanksgiving and is good through the end of the year.

Given that 2014 is the first year adults in Colorado could legally buy recreational marijuana, Grass Station CEO and founder Ryan Fox sees this year’s holiday season as an “opportunity to gain new customers and to give people a taste of what we’re about; to show them what we have to offer.”

Like other retailers The Grass Station is preparing for the upcoming blow-out event by bringing in extra staff, to handle the expected high volume of people looking for holiday gifts.

While marijuana and products containing marijuana are not allowed outside of Colorado, The Grass Station has a wide variety of cannabis-themed gifts available for out-of-state shoppers; from inexpensive lanyards and insulated beer coolers to hand-blown glass pipes, as well as high-end apparel and hats.

Out-of-state shoppers can go to The Grass Station web site to select their non-marijuana gifts, and then order those items via email at: info(at)grassstation(dot)com.

Fox notes last year’s Black Friday event was The Grass Station’s second-best day for sales after the iconic 4/20 marijuana celebration in April. And he sees holiday shoppers in his store as yet another sign of how the cannabis industry has matured.

“Now that marijuana is legal here and people have a regular place to purchase it,” he said, “we’ve become yet another stop for shoppers looking for holiday deals and thoughtful, unusual gifts.”

About Company:
Denver’s premier recreational dispensary first opened its doors in 2009, and over the years has maintained its widespread reputation as the source for top-quality cannabis, served up in a friendly and welcoming atmosphere. Customers expect and get friendly and knowledgeable service from The Grass Station’s staff. Its quality-tested products not only conform to state and local regulations but are kept to the highest possible standards of purity and potency.