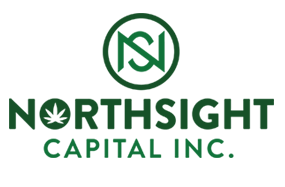 ALEX MANDEL IS THE SON OF ACTOR, HOST AND COMEDIAN HOWIE MANDEL.

Scottsdale, AZ, July 19, 2018 – Northsight Capital Inc.’s (OTCQB: NCAP) Crush Mobile Apps division has formed a collaboration with Los Angeles-based actor and social media sensation Alex Mandel, son of comedian and actor Howie Mandel. Alex will join Crush Mobile Dating apps, JCrush and MiCrush, and will be choosing his dates from their VIP members.  As a VIP member himself, Alex hopes to match with female VIP members and eventually take the connection offline with a date invitation to his hometown.  Dates are restricted to app users based in the United States and travel accommodations to Los Angeles will be completely covered.  The apps can be found at www.CrushMobileApps.com .

Responding to an inquiry by Alex’s sister Jackelyn Shultz, Crush Media president Sonya Kreizman, a dating and matchmaking expert suggested that Alex expand his range by joining an app that doesn’t restrict you to hyperlocal singles.

ABOUT ALEX MANDEL:
With the love, passion and comedic DNA from his father Howie Mandel, Alex has pursued his career in Television and Film hosting, hidden camera and comedic acting and has become a social media sensation with a following of approximately 500,000 and growing, on Youtube. Some of his videos have hit over 10 million views and he has collaborated with some of the biggest Youtube stars, Roman Atwood, (toilette paper prank on his dad’s house) reaching over 19 million views.  Alex has appeared on SyFy Channel’s “Scare Tactics”, Bravo’s “Hidden Howie,” and was the lead actor in “Family Business” before taking on multiple roles in “Howie Do It.”  Alex also co-hosted “Deal With It” on TBS and is currently working with Discovery Channel and appearing in “Animals Doing Things”.

ABOUT CRUSH MOBILE:
Crush Mobile revolutionizes the way millennials connect for long-term dating by uniting them based on demographics. Crush Mobile helps singles find love through demographically targeted apps for iPhone and Android for specific audiences such as Jewish, Latino and African American and has just launched its Cannabis dating site JointLovers.  Crush’s white label technology allows for easy replication into a wide range of niche apps that help users of a similar background find, chat and meet with their Crushes. By having an umbrella and demographically targeted platforms, Crush generates higher retention and user value while still capturing the overall market size. Crush’s targeted apps with built-in monetization potential present new opportunities for both users and advertisers.

ABOUT NORTHSIGHT CAPITAL, INC.
Northsight Capital, Inc. (“NCAP“) is comprised of a portfolio of online marijuana-related websites developed and operated by the company.  These sites incorporate many aspects of the marijuana industry. The company provides its audience with a means to stay informed on the industry’s most cutting-edge marijuana-related innovations and legislation. The company’s most dynamic concept, Weed Depot, provides consumers with a geo-targeted map directory of medical and recreational dispensaries, head shops, doctors, attorneys and more within the marijuana industry. The Weed Depot app can be downloaded for free at the iTunes Store and Google Play. Weed Depot has an entire platform of content suited for every aspect of advertising and marketing to consumers from all businesses in the cannabis industry. The company’s 420 careers is a leading job site in the Cannabis space with 2,000 to 3,000 visitors a day and approximately 1 million-page views per month. The company recently acquired Crush Mobile Apps, a group of dating apps. See above.