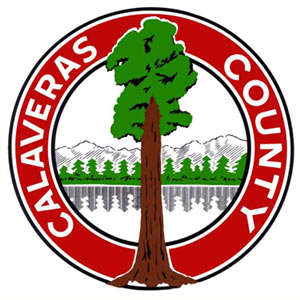 San Andreas, CA – On Thursday, October 27th, 2016 – The Calaveras County Sheriff Department initiated an illegal search of the premises located at 833 Hwy 49 in San Andreas. The legal description of the building defined Unit A, Unit B, and Unit C of the building as separate facilities although the Calaveras Sheriff Department treated all three units, and the occupants, as one.
Calaveras Cannabis, Inc, and it’s Director Elias Egozi were legally occupying Unit B of the building. Egozi and the Company were in full compliance of California and Calaveras law. Representatives of the Sheriff’s department were shown incorporation documents of the company, minutes of meetings of the board of directors, copies of applications for sellers and business license permits stamped ‘received’ by the Calaveras Planning Department, as well as copies of patients’ doctor recommendations and executed membership agreements with the collective. Sheriff representatives assured Egozi that while certain code violations were found and would be cited, there was no grounds for arrests to be made due to the proof of state and county compliance evidenced by the company.

All the occupants of the building were arrested on charges of Cultivation of Cannabis and Conspiracy to Cultivate Cannabis. “It doesn’t make any legal or logical sense” said Egozi, founder and Director of Calaveras Cannabis, Inc. “The local ordinance is a zoning ordinance, not a criminal statute. It can’t make something criminally illegal that has been made civilly legal by the county’s board of supervisors. Not to mention the protections afforded to the doctor patient relationship by Proposition 215 ratified into state law by citizen’s initiative.” It would appear that the County is interpreting the local zoning ordinance to mean that registrants can ‘cultivate’ but can not dry or trim their product. “By this definition, the cultivation permit has no meaning” continues Egozi. “It’s like telling fruit growers they can’t harvest their product and take the fruit off the stems.” The irony continues. The definition of ‘Cultivation’ by county code includes ‘growing, drying, and trimming’ of the cannabis sativa plant. “It just makes less and less sense the more you look into it” says Egozi. “Basilio stated specifically to the press that the ordinance allows cultivation but not drying and trimming, so why were the suspects booked on charges of Cultivation?

Egozi and the Company are exploring all legal options to remedy the mass destruction of medicine belonging to California patients suffering from debilitating diseases and conditions. This includes demanding the return of the medicine, and possibly a civil lawsuit. “We’d hate to have to file a lawsuit against the county” states Egozi, “but sometimes that is the only viable legal option in a situation like this. The rights and well-being of our patients comes first.”

Egozi and the company remain dedicated to provide California patients with pharmaceutical grade organically grown cannabis for use in treatment of debilitating conditions and diseases. “It’s a shame that political agendas continue to stand in between patients and their constitutionally afforded right to cannabis as a treatment for their conditions”.