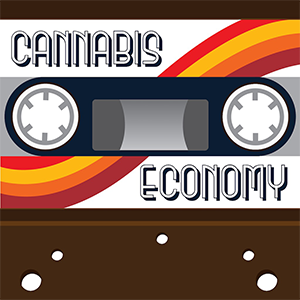 The two conversations discover the thinking behind the current guidance for the legal cannabis industry in the US and Canada.

“You can’t prosecute every case involving a violation of federal statute that comes your way,” Cole said, explaining the rationale behind his so-called “Cole Memos.” which advocated for the Justice Department to focus on pursuing international drug cartels rather than cannabis producers in states that had legalized cannabis.

The burgeoning legal cannabis industry is an amalgam of agricultural, manufacturing, retail, medical and pharmaceutical businesses.   While medicinal marijuana has been legal in nearly half of the states in the US for years, recent ballot initiatives aim to legalize both medical and adult-use cannabis.  Many other ballot initiatives are just months away, this coming election day.  Canada has had federally legal medicinal cannabis for fifteen years and is on the precipice of federally legal adult-use cannabis.

Cannabis Economy’s host Seth Adler notes, “The Cole Memos are historic documents, specifically for legal cannabis and for commerce in general.  Jim Cole penned a three-part guidance for a nascent industry.  The guidance focuses explicitly on a working regulatory infrastructure within each legal cannabis state.  Responsible operators are working with state and provincial regulators to ensure compliance, no matter how difficult the task.”

He continues, and “no matter your opinion on Project Claudia- the Toronto dispensary raids from this past week- safe patient access to legal cannabis is paramount.”

Just hours after the Toronto dispensary raids; “Project Claudia,” Adler moderated a panel at the Lift Cannabis Expo with executives from Licensed Producers, Bedrocan and Supreme and the Executive Director of the Canadian Association of Medical Cannabis Dispensaries.  The panel is Episode 150, released today.

So the Lift Cannabis Expo Roots panel had perfect timing recorded live last week just after the raids and available today.  The panelists discussed the impact of the very first Canadian Dispensary on the MMAR (Marijuana Medical Access Regulations) and subsequent MMPR.   The panelists also discussed the upcoming re-write of MMPR in August, and just what the regulatory framework will look like as Canada makes it’s way to legal adult-use cannabis next year.

The Cannabis Economy Twitter and Facebook “canneconomy” feeds showcase quotes from DAG Cole and from Hilary Black from Bedrocan (one of Canada’s largest licensed producers of cannabis), Dieter MacPherson who runs an Association of Medical Dispensaries and John Fowler, a lawyer and partner in Supreme, licensed producer of cannabis in Canada.

Cannabis Economy produces content as a real-time history of legal cannabis.  The first four parts of Family, Business a twelve part documentary on the Williams Family who own and operate Medicine Man dispensaries in Colorado were just posted to the Cannabis Economy page on YouTube.

About Company: Cannabis Economy is a real-time history of legal cannabis. We chronicle how personal and industry histories have combined to provide our current reality. Cannabis Economy discusses ingenuity, inspiration, leadership, legislation, and precisely what has brought each subject to this moment in time.,