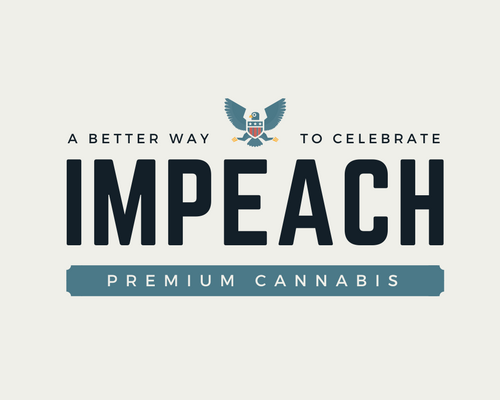 Seattle, WA April 1, 2018 – Canna Ventures, a full-service branding and marketing consultancy, has launched a line of genetically engineered cannabis strains to relieve the suffering of Americans brought on by the Trump Administration.

A running tally of which strains are selling out others will be public record on the Canna Ventures website. The firm is already looking ahead and have promised all proceeds will go toward an impeachment fund of Mike Pence who is expected to complete the term vacated by the soon-to-be-impeached President David Dennison er we mean Trump.

“I can smoke and oppose this administration at the same time? Count me in!” said Jerry, a retired Vietnam vet.

“I can’t think of a better way to enjoy a pending political disaster than to light up a joint and start discussing policy.” Miranda, a local nurse, said, adding, “Having strains specifically designed around these central figures in the many open investigations of the President, is an easy way to get that conversation started and keep it central to the smoke session.”

For a limited time, IMPEACH is also offering an Impeachment Pack that comes with any three strains of your choice and your own impeachment papers for rolling.