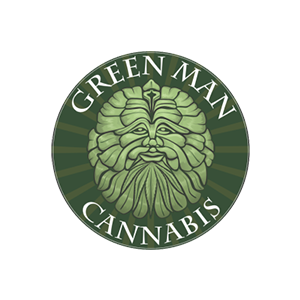 Green Man Cannabis, Denver’s premier brand of legal marijuana, has launched an Indiegogo campaign to help support the development of the world’s first weedery. Like a brewery or winery but for legal marijuana, the weedery – called Green Man Cannabis Ranch & Amphitheater – will give the public the unique opportunity to tour an award-winning state of the art marijuana grow facility, listen to live music, and enjoy a meal all in one location, surrounded by Colorado’s Rocky Mountains.

As a cannabis education, cultivation and entertainment center, Green Man Cannabis Ranch & Amphitheater provides unique features for connoisseurs and the curious alike. Features include:
– Over two acres of greenhouse open to the public for tours, where visitors can experience one of the largest and most successful legal marijuana operations on the planet
– Outdoor amphitheater designed to seat 2,500 and play host to a gamut of entertainers
– On-site restaurant and rooftop bar overlooking the amphitheater and featuring sweeping views of the Rocky Mountains
– Green Man Cannabis dispensary featuring product cultivated right on the premises
– Reflection of Green Man Cannabis’ dedication to sustainability and use of natural resources, including the atrium’s living wall of live plants and flowing waterfalls
– Retail gift shop where gifts and souvenirs are available for purchase.

Positioned within walking distance from a light-rail stop and within a half hour drive from downtown Denver and the Denver International Airport, the venue’s strategic location makes it a can’t-miss destination for visitors and locals alike.

While the United States has made strides in the legalization and liberalization of marijuana, there is still much work to be done. The industry’s continuous struggle with judgment and scrutiny was exemplified during the early stages of this crowdfunding campaign, when it was rejected by crowdfunding platform Kickstarter regardless of its legal nature. The fight for education and awareness of this legal and profitable industry is real, and Green Man Cannabis Ranch & Amphitheater aims to serve as a step towards the solution.

“The Cannabis Ranch is my chance to normalize marijuana, to bring it to the world on such a scale that it cannot be ignored,” Hageseth explains in Big Weed. “Our visitors will be embarking on a journey that mimics America’s own journey of enlightenment,” he says of the tour. “As they move from the basement, they’re leaving marijuana’s past behind. When they enter the greenhouse, they’re looking at the future. From the closet out into the open. From the darkness into the light.”

Through the Indiegogo campaign supporters of this historical project and what it stands for will have the opportunity to take part by making contributions in exchange for merchandise such as hats and hoodies, and experiences such as concert tickets, a day with the award-winning grow staff, and a private event at the Amphitheater. The Indiegogo campaign will run for 30 days, starting February 9th.

To request more information or schedule an interview with Christian Hageseth, please contact us at: press(at)greenmancannabis(dot)com.