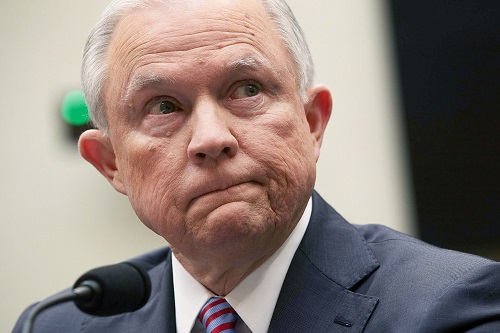 January 5, 2018 – For those working in the cannabis industry, yesterday was a day of high tension, nerves, and the beginning of a whole lot of uncertainty to come in the following months.

The reason? Attorney General Jeff Sessions rescinded memos that provided protection to state-legal marijuana businesses. This allows federal prosecutors to enforce federal marijuana laws, where previously under the Obama Administration, they were told to leave state-legal cannabis businesses alone if they were compliant with all state laws.

In sending out this memo, Sessions has now taken the first step towards his promised “crackdown” on the legal cannabis industry. A single memo shook the industry to the ground Thursday with a reminder that even if state law says it is legal, federal law does not.

Sessions has been a major player in the War on Drugs since the 1970s, and has gone as far as to compare the plant to heroin, claim that “good people don’t smoke marijuana” and has at one point even gone as far as to say he liked the white supremist group the KKK, until he found out they smoked marijuana.
However, regardless of our current Attorney General’s personal feelings towards cannabis, the national opinion has changed. Over half of the U.S. – and for the first-time last year even most Republican voters – believe that cannabis should be legal, according to a Gallup Poll from October 2017.

Upon finding out about Sessions rescinding the Cole Memo, state officials, lawyers, cannabis activists and advocates, business owners and more have spoken out. In the coming days and weeks, we will keep you up-to-date on the situation, how people are reacting, and what is being done to protect the progress we’ve made, state-by-state, to end the failed prohibition and criminalization of cannabis.

For now, here is look at how those in states that have seen the benefits of legalization have reacted to this latest move from our Attorney General.

“Today, Jeff Sessions and the Trump administration destructively doubled down on the failed, costly and racially discriminatory policy of marijuana criminalization, trampling on the will” of voters, Lt. Gov. Gavin Newsom of California said in a statement.

“With no prior notice to Congress, the Justice Department has trampled on the will of the voters in [Colorado] and other states,” Republican Sen. Cory Gardner of Colorado said in a tweet condemning Sessions’ move.

“I will say that there was no warning about this guidance. We had no idea it was coming, and like you, we woke up this morning to the news that there was new direction from Attorney General Sessions,” Colorado state Attorney General Cynthia H. Coffman said.
“We will continue as a state to exert our right as a sovereign state to control what happens in our borders with regard to marijuana regulation and enforcement,” Coffman added.