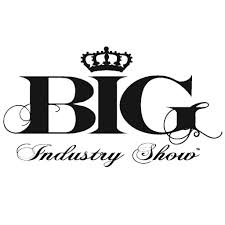 According the New York Daily News , Colorado has undoubtedly seen the most rapid growth in the marijuana industry and has ultimately served as the poster child for the marijuana movement thus far. This 4/20 , the legalization process has served as a catalyst in making the 4/20 convocation in Colorado a Mardi Gras of the Rocky Mountains , chock-full of industry shows, vendor displays, music festivals, and the infamous Cannabis Cup.

Aside from the glitz and glamour, the true success of this year’s marijuana growth has been largely measured not by attendees of 4/20, but by the dollars and decorum of marijauna in the licensed dispensary and recreational markets. Colorado generated over $14 million in revenues, out of which $2 million resulted in tax revenues. New Jersey state Senator Nicholas Scutari gave a notion as to why he suggested legalizing marijuana for recreational use in his state. “Scutari cited tax revenue netted in Colorado, which legalized weed this year, and estimated Jersey’s haul at $100 million a year,” as reported by the New York Daily News.

Companies such as A&A Packaging, the nation’s largest supplier in marijuana dispensary and recreational packaging supplies, have seen a gradual surge in marijuana packaging demand in conjunction with exponential industry growth and are taking a supportive stance in seeing the legalization of marijuana come to fruition. A spokesperson for A&A Packaging stated that they are the premiere distributor of wholesale marijuana packaging for dispensaries and recreational users alike. This year, A&A Packaging was at the epicenter of the Industry Big Show, which took place April 16th-20th in Colorado, and sponsored an after party event featuring rapper Too Short.

A&A Packaging’s stance is echoed across the industry in which the potential expansion of legal marijuana has already taken effect in twenty-one states for medical use. Twelve more states will consider legalizing it this fall, which estimates that more than half of states will likely have some form of legal marijuana by the end of the year. Forecasts indicate that industry sales nationwide will hit $8 billion in 2018, according to the New York Daily News article published on 3/25/2014. Since marijuana had been legalized on January 1st, 2014, A&A Packaging has since made it a goal to keep up with all changes in Colorado’s marijuana packaging laws so that they can provide customers with state compliant packaging set by Colorado’s Department of Revenue.

To see how A&A Packaging could help your business with new marijuana packaging compliant laws, visit their website at http://www.marijuanapackaging.com or call them at (888) 315-2453